Check out our Blog page for recent updates to our COVID-19 response plan. 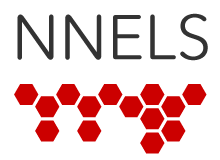 Congratulations to Edna Smith for winning our Booklyn basket and Angela Clifton for winning the $25 Chapters gift certificate!

“The silence of the North ” by Olive Fredrickson 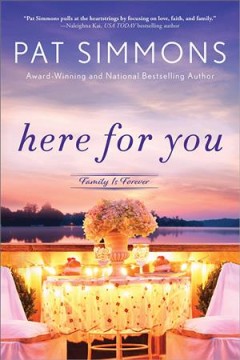 Here for you
Simmons, Pat
"Rachel Knicely has put her own life on hold for six months to take care of her great aunt, who has Alzheimer's. Putting her aunt first was an easy decision, but accepting the fact that Aunt Tweet is nearing the end of her battle is too difficult. Nicholas Adams has been visiting the sick and comforting those in need for years, but when he meets Rachel and Aunt Tweet, he's surprised to realize that Rachel is the one who needs him most. He's falling for her too, but Aunt Tweet's worsening condition and devastating news of Rachel's own will test his resolve to the breaking point"--Provided by publisher. 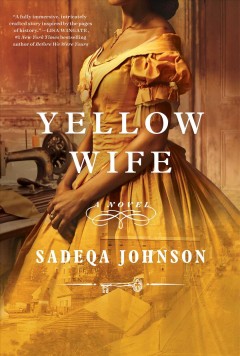 Yellow wife : a novel
Johnson, Sadeqa
Born on a plantation in Charles City, Virginia, Pheby Brown was promised her freedom on her eighteenth birthday. Instead she finds herself thrust into the bowels of slavery at the infamous Devil's Half-Acre, a jail where slaves are broken, tortured, and sold every day. Forced to become the mistress of the brutal man who owns the jail, Pheby's survival lies in outwitting him -- even if it means making the ultimate sacrifice. 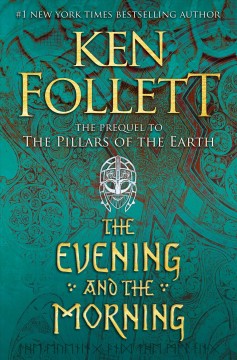 The evening and the morning
Follett, Ken
"It is 997 CE, the end of the Dark Ages. England is facing attacks from the Welsh in the west and the Vikings in the east. Those in power bend justice according to their will, regardless of ordinary people and often in conflict with the king. Without a clear rule of law, chaos reigns. In these turbulent times, three characters find their lives intertwined: A young boatbuilder's life is turned upside down when the only home he's ever known is raided by Vikings, forcing him and his family to move and start their lives anew in a small hamlet where he does not fit in. . . . A Norman noblewoman marries for love, following her husband across the sea to a new land. But the customs of her husband's homeland are shockingly different, and as she begins to realize that everyone around her is engaged in a constant, brutal battle for power, it becomes clear that a single misstep could be catastrophic. . . . A monk dreams of transforming his humble abbey into a center of learning that will be admired throughout Europe. And each in turn comes into dangerous conflict with a clever and ruthless bishop who will do anything to increase his wealth and power. Thirty years ago, Ken Follett published his most popular novel, The Pillars of the Earth. Now, Follett's masterful new prequel The Evening and the Morning takes us on an epic journey into a historical past rich with ambition and rivalry, death and birth, love and hate, that will end where The Pillars of the Earth begins"--

One by one
Ware, Ruth
Getting snowed in at a luxurious, rustic ski chalet high in the French Alps doesn't sound like the worst problem in the world. Especially when there's a breathtaking vista, a full-service chef and housekeeper, a cozy fire to keep you warm, and others to keep you company. Unless that company happens to be eight coworkers...each with something to gain, something to lose, and something to hide. When the cofounder of Snoop, a trendy London-based tech startup, organizes a weeklong trip for the team in the French Alps, it starts out as a corporate retreat like any other: PowerPoint presentations and strategy sessions broken up by mandatory bonding on the slopes. But as soon as one shareholder upends the agenda by pushing a lucrative but contentious buyout offer, tensions simmer and loyalties are tested. The storm brewing inside the chalet is no match for the one outside, however, and a devastating avalanche leaves the group cut off from all access to the outside world. Even worse, one Snooper hadn't made it back from the slopes when the avalanche hit. As each hour passes without any sign of rescue, panic mounts, the chalet grows colder, and the group dwindles further....one by one.

Cilka's Journey [Book Club Sets, 5 copies] NO PATRON HOLDS
Morris, Heather
Cilka is just sixteen years old when she is taken to Auschwitz-Birkenau Concentration Camp, in 1942. The Commandant at Birkenau, Schwarzhuber, notices her long beautiful hair, and forces her separation from the other women prisoners. Cilka learns quickly that power, even unwillingly given, equals survival.

Recipe for a perfect wife [Book Club Sets, 5 copies] NO PATRON HOLDS
Brown, Karma
Alice Hale is the reluctant new owner of a suburban house outside New York City; Alice misses the city but is determined to work hard to build the kind of life her husband dreams of, complete with children. At first the house seems to resent Alice as much as she resents it, but after she discovers an old cookbook filled with handwritten notes, she becomes captivated with the previous owner, Nellie Murdoch--a 1950s housewife who left clues to her life in the cookbook's pages and a series of letters to her mother that, mysteriously, were never sent--and settles into her new life. Alice's friends and family grow worried that she has embraced the house and its past too fully--dressing like a 1950s housewife in dresses and pearls, cooking elaborate old-fashioned dishes like Baked Alaska--but she says it is all just research for the novel she claims to be writing. However, when Alice discovers the secrets Nellie kept for decades, her own grip on reality begins to loosen and and we are on the edge of our seats to discover how far she's willing to go to get the life she wants.

Wildland [Book Club Sets, 5 copies] NO PATRON HOLDS : a novel
Hodge, Rebecca
"She'll do anything to save them. But what will she do to save herself? When Kat Jamison retreats to the Blue Ridge Mountains, she's counting on peace and solitude to help her make a difficult decision. Her breast cancer has returned, but after the death of her husband, her will to fight is dampened. Now she has a choice to make: face yet another round of chemotherapy or surrender gracefully. Self-reflection quickly proves impossible as her getaway is complicated by a pair of abandoned dogs and two friendly children staying nearby, Lily and Nirav. In no time at all, Kat's quiet seclusion is invaded by the happy confusion of children and pets. But when lightning ignites a deadly wildfire, Kat's cabin is cut off from the rest of the camp, separating Lily and Nirav from their parents. Left with no choice, Kat, the children, and the dogs must flee on foot through the drought-stricken forest, away from the ravenous flames. As a frantic rescue mission is launched below the fire line, Kat drives the party deeper into the mountains, determined to save four innocent lives. But when the moment comes to save her own, Kat will have to decide just how hard she's willing to fight to survive--and what's worth living for. A heart-pounding novel of bravery, sacrifice, and self-discovery, Wildland will keep you on the edge of your seat to the very last page"--Publisher description.

Such a fun age [Book Club Sets, 5 copies] NO PATRON HOLDS : a novel
Reid, Kiley
Alix Chamberlain is a woman who gets what she wants and has made a living, with her confidence-driven brand, showing other women how to do the same. So she is shocked when her babysitter, Emira Tucker, is confronted while watching the Chamberlains' toddler one night, walking the aisles of their local high-end supermarket. The store's security guard, seeing a young black woman out late with a white child, accuses Emira of kidnapping two-year-old Briar. A small crowd gathers, a bystander films everything, and Emira is furious and humiliated. Alix resolves to make things right. But Emira herself is aimless, broke, and wary of Alix's desire to help. At twenty-five, she is about to lose her health insurance and has no idea what to do with her life. When the video of Emira unearths someone from Alix's past, both women find themselves on a crash course that will upend everything they think they know about themselves, and each other. With empathy and piercing social commentary, Such a Fun Age explores the stickiness of transactional relationships, what it means to make someone "family," the complicated reality of being a grown up, and the consequences of doing the right thing for the wrong reason.

Find out about our Children’s programs.

Check out our Event Calendar for dates and times!